As Seen on TV via Social Media

SPOILER ALERT!!! If you don’t want to know how the current season of your favourite TV shows or series finale ends, stay away from social media.

Depending on what part of the world you live and which time zone you are in,  the use of social media can affect when and what you learn about your preferred television programs.

Becoming more popular with TV viewing is interacting through social media as you watch the current episode.  The Twitter account of the show and many of the actors, directors, producers, or showrunners may “live tweet” as the audience watches, allowing for two-way communication between the actors and the fans, fan interaction and also a behind-the-scenes look at the show.  However, at the same time it could lead to spoilers for those not currently watching the show live.

When it comes to watching television, we believe there are 3 type of viewers:

1. Watching the live episode each week

These are viewers that have to be home at the time or before the new episode of the week is about to air.  They consider each episode a “can’t miss” event and like to watch it right away.

These individuals may not be available to watch the new weekly episode live. They will record the episode and watch at their convenience during the week. 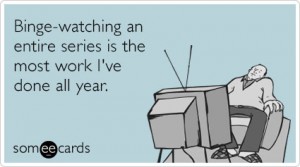 Binge watchers are those who PVR, download or stream multiple episodes to watch one after another, instead of waiting each week to watch a new episode.

A few television series that generate a lot of social media buzz by live tweeting with each new episode are:

These three shows have generated trending topics based on the storyline, a shocking conclusion to an episode and/or cliffhangers.

Grey’s Anatomy recently killed off a major character and the online community blew up with shock, disbelief and even heartbreak.  Topics such as #RIPMcDreamy and #GreysAnatomy were trending online.  Popular memes and images circulated online to represents the viewers’ opinions and feelings, some of them quite strong.

Just like network and cable television series, reality show spoilers occur as well.  Unlike story plots or shocking twists, reality shows at the end of the competition reveal a winner.  As soon as the host announces, “and the winner is….” it is instantly posted online.

Imagine if social media was prevalent during the major events or finales of Dallas, MASH, Friends, Seinfeld and the X-Files.  Trending topics may have looked something like this: #whoshotJR? #shegotofftheplane #RossandRachelForever #SeinfieldFinale #TheTruthIsOutThere 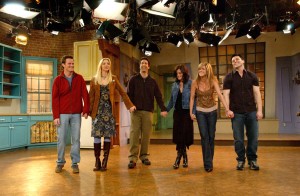 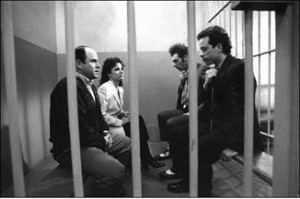 Prior to social media, digital recorders and binge watching, viewing and discussing television shows was different.  You would call your friend on the phone afterwards or chat about it the next day at work.  Trending topics were at that time, what everyone was talking about the next day in person, and not a popular hashtag online.  Today, we don’t have to wait to ask “did you watch [insert tv show here] last night?”  With social media you can interact online with friends, other viewers, the actors and more while viewing in real time.

Social Media has allowed for real-time communication and discussion in the entertainment industry – how can social media help you interact?