You’ve heard about the breakout musical artists that found fame online (for more information on that, read Shawn Mendes and Walk Off The Earth find music success using Social Media),  but they are not the only ones.  A few other individuals have achieved success by posting online tutorials about beauty/makeup/fashion, comedy sketches and other content and videos as well.

YouTube and online stars and series have grown in popularity so much, that they have their own community and fans.  Award shows like The Webby Awards and events like DigiTour and #YouTubeFanfest now exist to celebrate this growing community.

The Webby Awards is the leading international award honouring excellence on the internet.
Since their creation in 1996, The Webby’s reflect on the growth of the internet and honours excellence in five major media types.

“The Webby Awards is the internet’s most respected symbol of success.  Receiving nearly 13,000 entries from all 50 states and over 60 countries worldwide.”

DigiTour is an event that brings your favourite YouTube and Vine stars to you via the world’s first all ages social media tour.

The tour features Hayes Grier, Aaron Carpenter and many more.

The 19-city tour makes a stop in Toronto on June 13, 2015 at Echo Beach. Click here to see the schedule. http://www.thedigitour.com/

YouTube Fanfest brings YouTube’s biggest superstars from around the world together on stage for unique live shows.

This year’s event took place May 2, 2015 at Yonge & Dundas Square in Toronto and included: 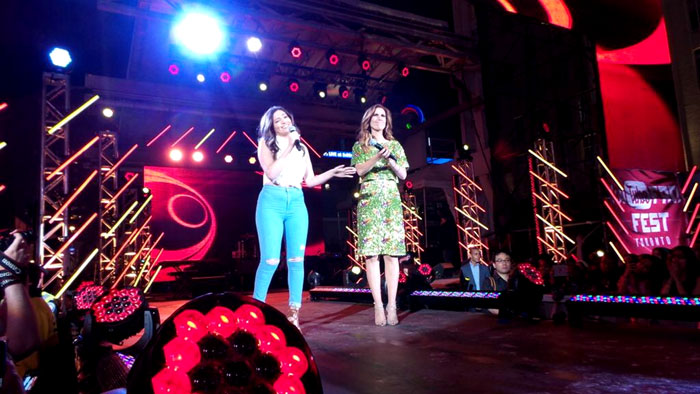 As the popularity of online stars grow, so does the possibility of global fame through viral videos. Individuals post their content online hoping to build a niche following and expand from there, whether they are a musician, actor, talent scout, or expert.  The fans who may discover these individuals play a major role in spreading the word through e-mail, online forums and social media.

The uses of the online world are expanding everyday, becoming the norm for individuals to enjoy TV shows, movies, listen to music, and many more everyday activities.

As you can see, there are now award shows and events to honour and recognize the online community; but despite growing popularity they have not yet trumped more established media award ceremonies such as the Oscars or Grammys.

These online events have yet to create as much buzz or recognition as the more-historic Awards shows broadcasted on primetime TV. The Webby’s is not a “must-see” event for the masses…yet. However it may just be a matter of time before we all tune in to honour online media achievement in addition to feature films and music artistry.

Are you working on a concept for your viral video or social media campaign?