On Thursday, February 27th, 2014, I attended Hamilton Digital Media Interactive (HDMI). A number of New Motto team members were also in attendance to join in the festivities.

HDMI has officially become an annual tradition for me, to help stay in the loop on all things film, animation, gaming, design, music and new media in Hamilton–and there is a lot happening. After having a great time at HDMI 2013, I was greatly looking forward to attending the 2014 event. 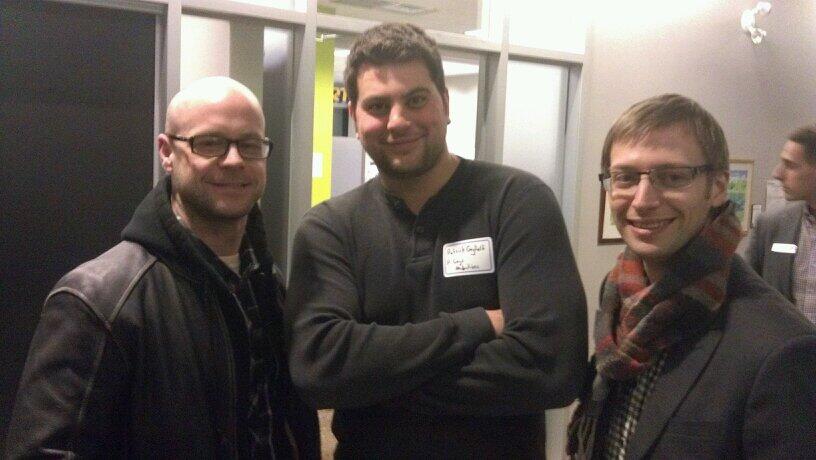 This year, HDMI was presented by CoBALT Connects, City Of Hamilton, and Innovation Factory, and sponsored by Trios College, McMaster Innovation Park, Mohawk College, CHCH, and The Art Gallery of Hamilton. The venue was the Atrium at McMaster Innovation Park–a spacious and comfortable environment to accommodate the many things happening: info booths, a delicious buffet, a video gear corner by Hamilton Video & Sound, and much more.

I made a point of inviting some friends/colleagues, but was happy to accidentally connect with some new (and some familiar) faces. I finally had a chance to meet Cobalt Connects Chief Connector and Cultural Strategist, Jeremy Freiburger. After a LinkedIn connection and sitting across from Jeremy at a number of Hamilton Chamber of Commerce meetings, it was great to finally shake the man’s hand. Jeremy was experimenting with a very interesting 360 degree camera for HDMI, seen below. 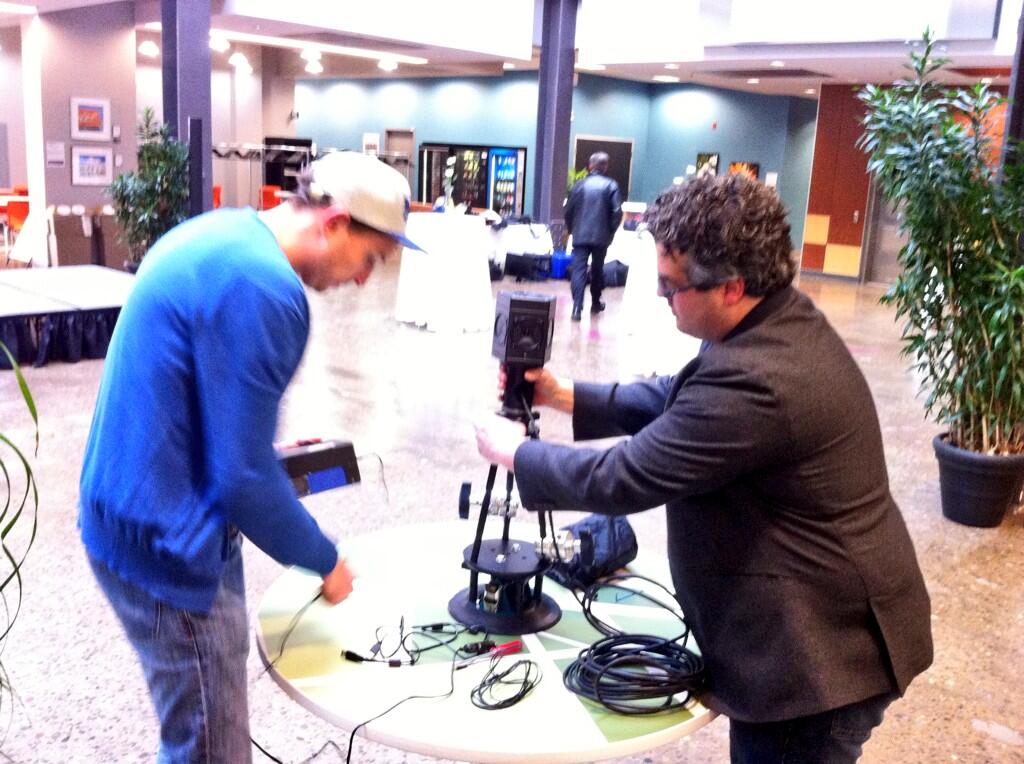 Photo via @CoBALTCONNECTS: The 360 degree camera.

A big thanks to the presenters and sponsors of HDMI 2014 for an excellent event. And thanks for including our New Motto video clip in their HDMI demo reel, too! Already looking forward to HDMI 2015.